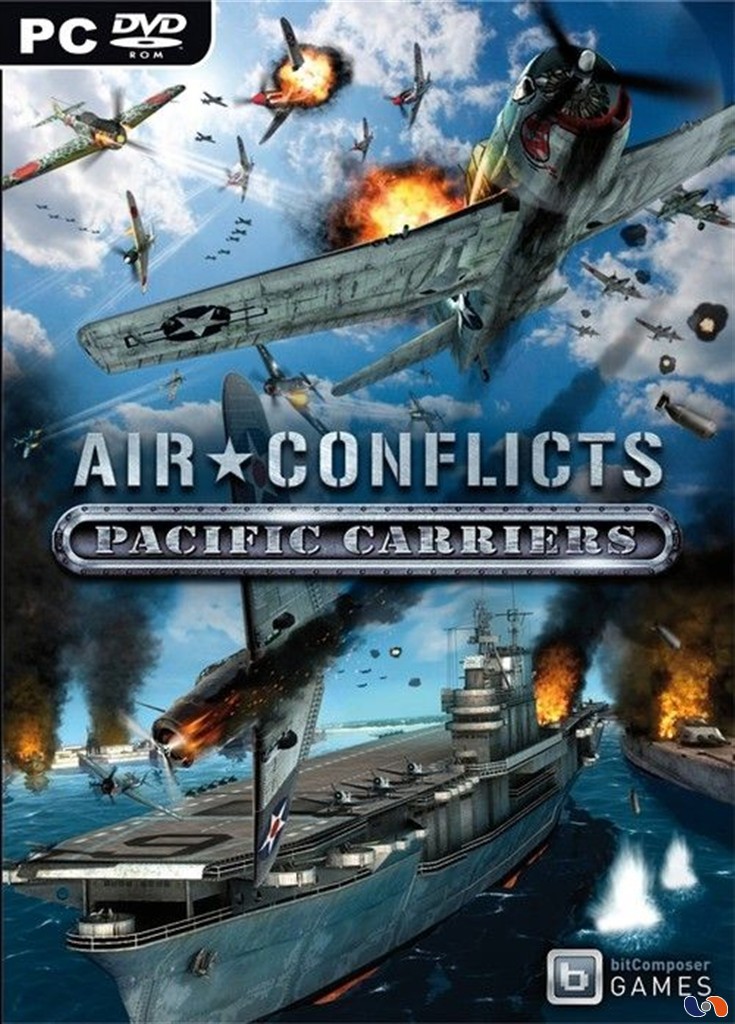 This game has been set in the WWII era and you have the choice to select either US Navy or Imperial Japanese Navy. This game will take you to the most famous wars in the Pacific. You can equip your aircraft with a variety of weapons and take it to the battle for an intriguing war. You have the privilege to take the command of the entire squadron and you can control their movements.  There are 3 aircraft carriers, 21 battleships and 13 aircraft in the game. Its innovative Single player and Multi player game. In Air Conflicts Pacific Carriers you will take control on guns of your ship. You will check from the watchtower for holding up your enemies and search for new missions. You may also like to download Ace Combat Assault Horizon.

Air Conflicts Pacific Carriers has got very splendid graphical details and the sounds are also laudable. It has got 4 different multiplayer modes for proving your pilot skills.

3. Before play, you can change the setting from Configure.exe