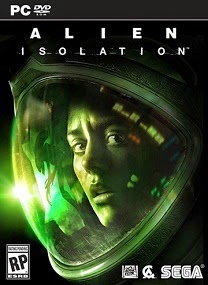 Discover the true meaning of fear in Alien: Isolation, a survival horror set in an atmosphere of constant dread and mortal danger. Fifteen years after the events of Alien, Ellen Ripley’s daughter, Amanda enters a desperate battle for survival, on a mission to unravel the truth behind her mother’s disappearance. As Amanda, you will navigate through an increasingly volatile world as you find yourself confronted on all sides by a panicked, desperate population and an unpredictable, ruthless Alien. Underpowered and underprepared, you must scavenge resources, improvise solutions and use your wits, not just to succeed in your mission, but to simply stay alive.

Features:
• Winner of 9 2014 E3 awards, including PCGamer and Games Radar’s ‘Most Valuable Game’
• “…Isolation is spectacular in both its presentation and feel.” -The Escapist
• “I’m head-over-heels in love with Isolation…” – IGN
• “…I’ve never faced a scarier creature in a video game. Ever.” -Games Radar
• “…the scariest thing at this year’s E3, a first person survival experience unlike any big-name video game before it.” -The Verge
• “The Alien: Isolation demo was one of the most effectively terrifying slices of a game I’ve ever played in my life.” -Polygon