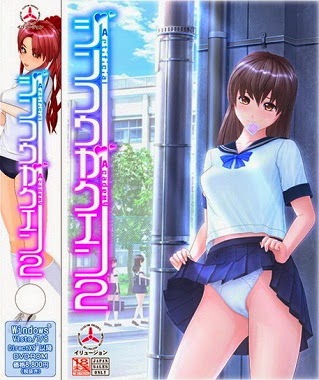 Developer: Illusion Publisher: Illusion Release Date: June 13, 2014 Genres: Visual Novel/Anime Console: PC Type: Visual Novel Size: 6.5 GB Single Link Compressed
Free download Artificial Academy 2 [English], below provided a description of the game, screenshots, trailers, system requirements, download link, and installation game
Artificial Academy 2 (ジンコウガクエン2, Jinkou Gakuen 2) is an eroge (hentai) high school social simulation, spun off from Illusion‘s Artificial Girl series, to be released by Illusion on June 13, 2014.This game is a sequel of Artificial Academy which released 2011.
Even if this game is supposed to be similar to AA1, I can’t help but feel apprehensive. Reading everyone’s stories make me assume that I’d get a “everyone’s bipolar” simulator, though hopefully I’d be able to discern its pattern similar to how I did in the first game.
Moreover, I usually play passively. It was the usual way of not pissing anyone off; hence, everyone’s opinion of the player character increases in exponential time. AA2 suggests that I might get screwed if I don’t frequently interact with anyone… which I hope isn’t true. Having to babysit numbers for everyone is not as fun in AG3.
There are also people hinting that sexual orientation might matter less; where everyone can fall with anyone – giving only the latter the power to reject if they’re incompatible. This means there’s potential for everyone to get NTR’d, unless you’ve arranged a huge harem only for yourself. I hope it’s more than just that.
https://www.youtube.com/watch?v=Wa4i4c0ner8