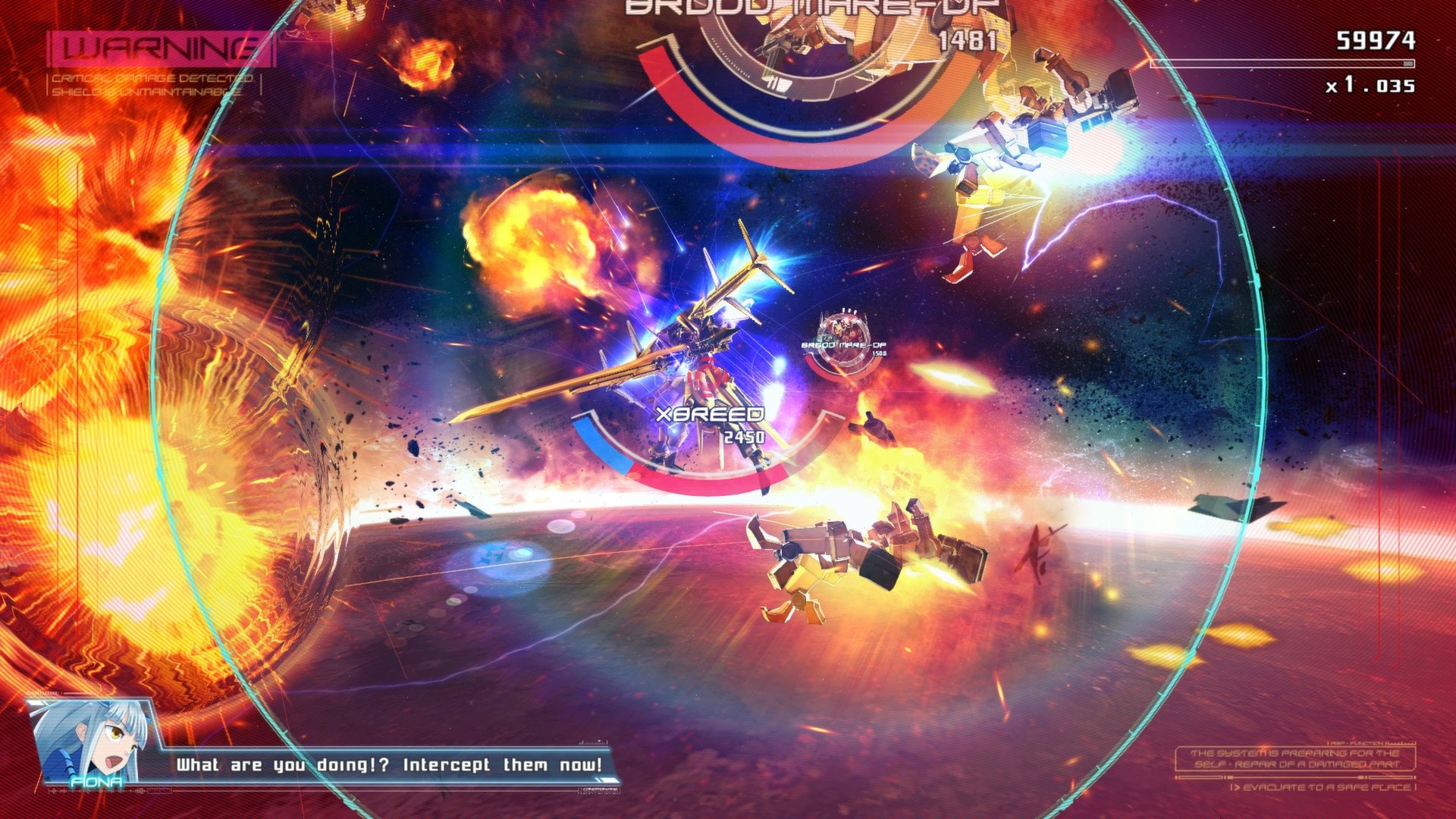 Humanity is fighting for its survival and the situation is slipping away from their hands in a furious galactic war. You have been given the role of a young pilot named Ray Becket. Who along with a girl are the last hope for the humanity. Ray Becket always dreamed of being as courageous and skills as was his adoptive father. Now is the time to prove his metal as the war is boiling out with an ancient mechanical alien. A young girl has joined hands with Ray to save the humanity. The girl has escaped the brutal jaws of aliens. Who have altered her forever through experiments. The girl has got some great powers. Which can come in handy to save the human race.

Astebreed game has taken the classical arcade shooter to a whole new level by using some stunningly beautiful 3D models and some awe-inspiring particle effects. Ray has got a battery of weaponry to fight with his enemies. Ray has got a mysterious Lucis device by which he can shoot his opponent from a great distance. Ray can also kill his enemies by a blade attack.