Battle Realms Winter Of The Wolf 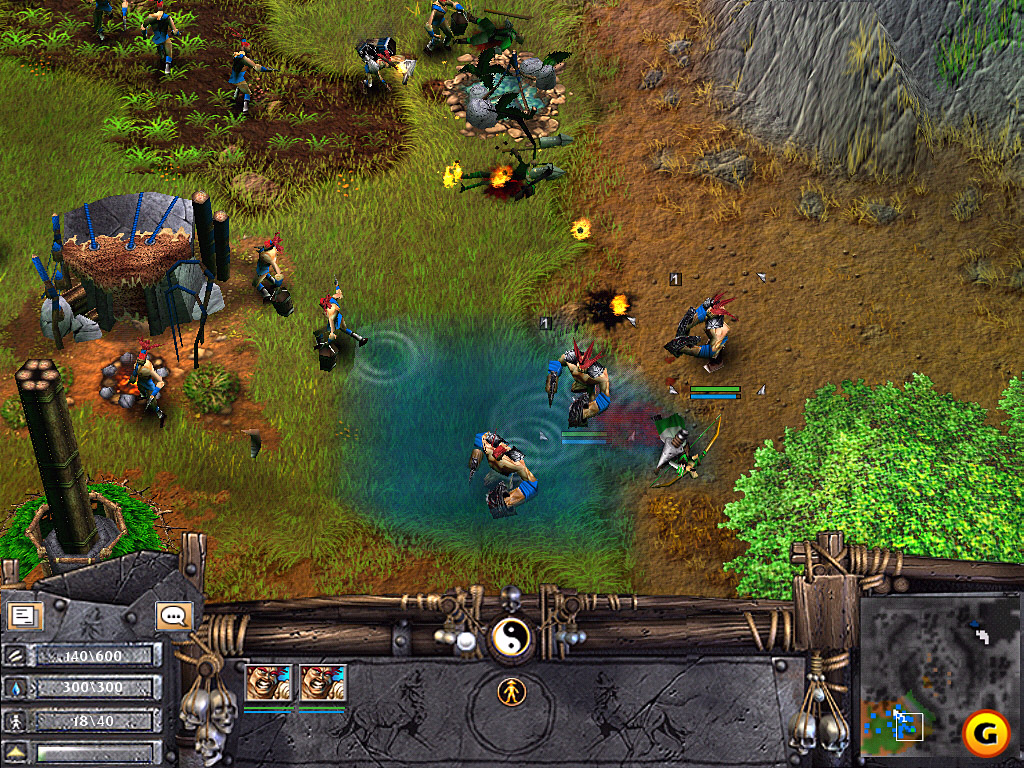 The story begins with Grayback, the last heir to the Wolf clan’s throne, explaining that long ago that life was better for their clan before the storms came and drowned their paradise. They were saved from death by their druidess order using their clan’s most sacred treasure the white wolf’s skull, given to them by their clan’s totem, the white wolf.

The skull guided them to the lands of the Serpent empire where their new neighbors the Serpent and Lotus clan welcomed them as allies but unfortunately they trusted them.Thinking that their lives seemed simple and good again little did they know that Lord Zymeth of the Lotus clan made a deal with the Serpent emperor and attacked them by surprise. The Serpent clan looked away as the Lotus burned their towns and killed their people, many wolvesmen tried to fight back but were unsuccessful, the survivors of the battle became slaves in the Lotus shale mines, ever since then Grayback trained his fellow miners in the arts of war, led them to rebellion and struggle for freedom from the grip of their slave master Mistress Yvaine.

Grayback and some slaves had the chance to escape slavery from the shale mines, and formed new equipment along with reinforcements led by Longtooth, Grayback’s old friend. With the successful escape of Grayback and his Wolfmen, they recruited fellow clans to aid their war. Soon they rallied around different Lotus and Serpent camps and destroyed them one by one.

Battle Realms Winter Of The Wolf

10 Responses to Battle Realms Winter Of The Wolf