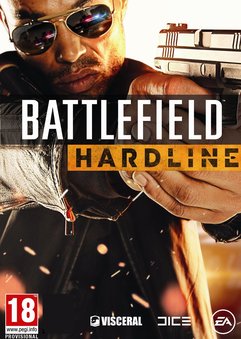 Battlefield Hardline is the first installment of the subseries belonging to the Battlefield series of first-person shooters. Unlike the previous games, Visceral Games, the creators of space survival horrors – Dead Space, was tasked with the majority of development efforts, not, as it was before, the Swedish team at EA DICE.

Battlefield Hardline abandons the traditional theater of war to the conflict of a different sort – the police struggle against organized crime. The player assumes the role of Nick Mendoza – a young detective from Miami who embarks on a personal vendetta throughout United States against his former partners whom the perspective of a fast buck drew the path of lawlessness. The structure of the plot is modeled on television series – it is divided into episodes often finished with plot twists. Detective sequences during which Nick collects evidence and identifies suspects are sort of enrichment. He may also take additional orders (e.g. eliminate wanted criminals) to earn extra money needed to buy new upgrades and weapons.