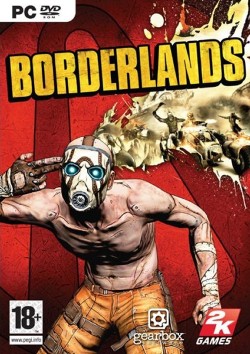 Borderlands includes character-building elements found in roll playing games, leading Gearbox to call the game a “roll playing shooter”. At the start of the game, players select one of four characters, each with a unique special skill and with proficiencies with certain weapons. The four characters are: Roland the Soldier, Mordecai the Hunter, Lilith the Siren, and Brick (a Berserker) “as himself”. From then on, players take on quests assigned through non characters or from bounty boards, each typically rewarding the player with experience points, money, and sometimes a reward item. Players earn experience by killing foes and completing in-game challenges (such as getting a certain number of kills using a specific type of weapon). As they gain levels from experience growth, players can then allocate skill points into a skill tree that features three distinct specializations of the base character; for example, Mordecai can become specialized in sniping,gunslinging with revolvers, or using his pet Bloodwing to assist in kills and health boosting. Players can distribute points among any of the specializations, and can also spend a small amount of in-game money to redistribute their skill points.
Players start the game with the ability to use two weapons, but can later gain up to four weapon slots, as well as slots for an energy shield, a grenade modification, and a class modification. Items collected but not used can be sold back at vendors for money that then can be used to buy better items. One of the key features of Borderlands is the randomly-generated weapons and items created either as dropped by enemies, found in storage chests about the game, sold at vendors in the game, or as quest reward items. The game uses a “Procedural Content Creation System” to create these weapons and items, which can alter their firepower, rate of fire, and accuracy, add in elemental effects such as a chance to set foes on fire, and at rare times other special bonuses such as regenerating the player’s ammo. A color-coded scale is used to indicate the rarity of the weapon or item. It is estimated that the random system can generate over 17 million variations of weapons.

One Response to Borderlands [All 4 dlc’s installed]