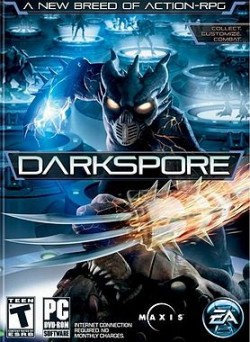 In Darkspore player will fight in the territory of several unusual worlds to save the galaxy from the mutants. The game offers co-op for 4 people, and a single player campaign and void. Do not forget and multiplayer. To deal with opponents, to use a variety of “live” weapons and actively improve their own hero. When the world was at its peak a genetic epidemic, the protagonist of a miracle does not become a mutant. Now he needs to avert the impending universal cataclysm with the help of the ancient heroes that to begin to recover …. Our task – to cleanse the world of the villains of the Darkspore army. The developers have prepared several dozen fighters with unique features (more own heroes the advanced editor!), But have at work is only three creatures, cleverly combining their strengths and weaknesses

1. Unzip the parties
2. Mount or burn iso
3. Install the game
4. Expect some antidote