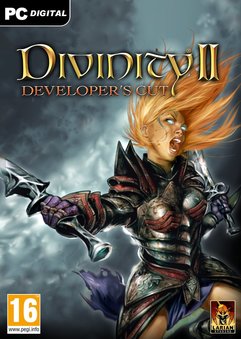 Dragons: they have been hunted, they have been slain, but now the hour to strike back has come. Break free from the confines of the human body and take to the skies in this epic RPG adventure that challenges your wits and pits you against a thousand foes. Spread your wings, burn your enemies: become the dragon!

This Developer’s Cut includes the ultimate edition of Divinity II, good for 100+ hours of highly acclaimed RPG gameplay, as well as the brand new Developer Mode and many more amazing extras!