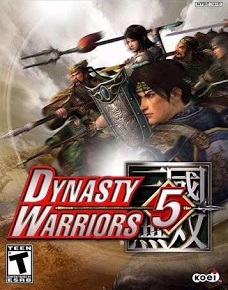 The game is based on the epic historical novel “A Tale of Three Kingdoms “, written in XIV century AD Treatise narrates about the difficult period in Chinese history – the fall of the Han Dynasty , Three Kingdoms period and the subsequent reunification of China. This game puts the player in the Great Chinese Empire , where he will have to fight against the forces of Chaos. In this part of the famous series of action games brought to your attention a new eight soldiers.

Huge selection of characters, large-scale battles , an incredible number of new attacks , powerful weapons , more advanced artificial intelligence -that it offers in this part of KOEI Dynasty Warriors!
In addition to this – more than 50 storylines ( for each character – private !)

1. Extract
2. Mount file TCSM4 through DAEMON-Tools
3 . Install
4 . Throws folder asr.exe NoCD file in the game folder go into it and set the path to the shortcut
5 . Play