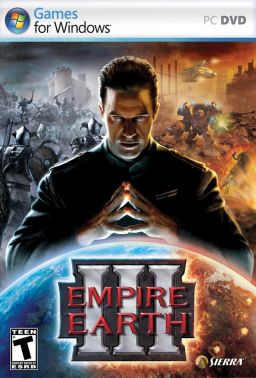 Create a lasting empire in a continuous campaign that covers the entire Earth. Build your empire from one of three completely unique factions or create a custom faction of your choosing. Take your empire from fledgling kingdom to dominant superpower as you battle for control of a lifelike and persistent Earth. Your quest for world domination is finally at hand.

For the first time in the Empire Earth series it is you who creates history – Earth is divided into provinces and you can conquer them in any order. Lead your side on its way to domination and supremacy in technology, politics and economy from ancient times to the future!