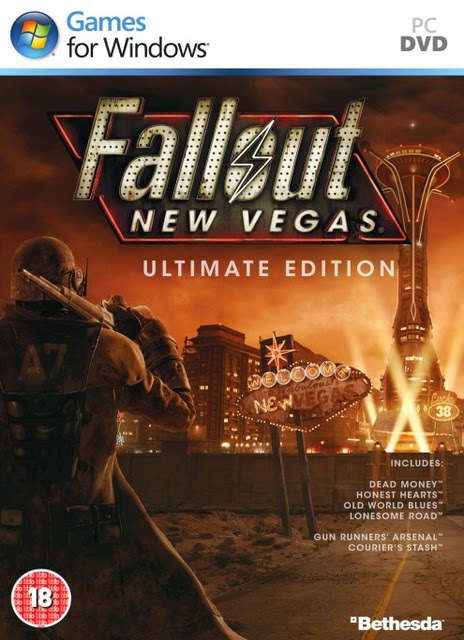 With the introduction of the Ultimate Edition, Bethesda Softworks offers you the chance to double-down and get the complete package of New Vegas fun. For the first time in one package, you can get all the Fallout: New Vegas content including the full suite of highly acclaimed add-on content: Dead Money, Honest Hearts, Old World Blues and Lonesome Road. To sweeten the pot, you’ll be armed with the latest cache of unique weapons, ammo types and recipes from the most recent add-on packs: Courier’s Stash and Gun Runners Arsenal. Whether you’re a seasoned explorer of the Mojave or playing the game for the first time, you’ll find there are more friends and enemies to make, more consequences to your actions and more opportunities to live in glory or infamy throughout the Wasteland. The choices you make will be as crucial to your survival as ever.