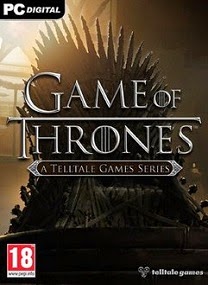 The game will unfold in the time interval between the third and the beginning of the finale of the fifth season of the television series. Forrester House – one of the most influential families whose residence is located in the north of Westeros. They are the vassals of the Starks, the strongest house of the North. The main heroes of the game will be five characters or less connected with the house Forrester. According to the developers, the story is similar to the TV series and the book: each character will see the story from different points.

Features:
• Game from the developers of premium games The Walking Dead – A Telltale Games Series, and The Wolf Among Us
• Meet and interact with the characters from the original series on HBO
• will visit all the famous on the series locations
• Feel what it is – to take part in the “Game of Thrones “where you, or survive, or die …