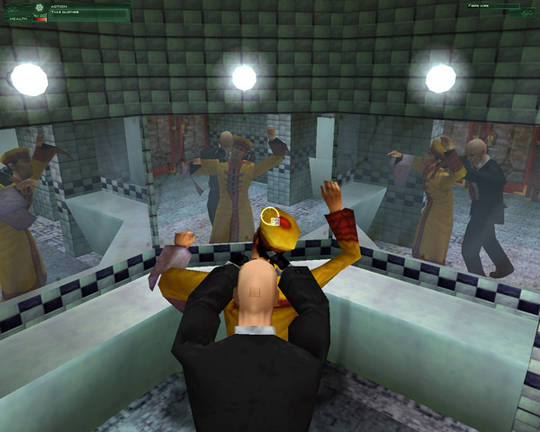 Trouble taps on your window again with this next chapter in the Grand Theft Auto universe, set in the city of Los Santos and its surrounding hills, countryside and beaches. A bold new direction in open-world freedom, storytelling, mission-based gameplay and online multiplayer, Grand Theft Auto V focuses on the pursuit of the almighty dollar in a re-imagined, present-day Southern California.

Los Santos: a sprawling sun-soaked metropolis full of self-help gurus, starlets and fading celebrities, once the envy of the Western world, now struggling to stay afloat in an era of economic uncertainty and cheap reality TV.

Amidst the turmoil, three very different criminals plot their own chances of survival and success: Franklin, a street hustler looking for real opportunities and serious money; Michael, a professional ex-con whose retirement is a lot less rosy than he hoped it would be; and Trevor, a violent maniac driven by the chance of a cheap high and the next big score. Running out of options, the crew risks everything in a series of daring and dangerous heists that could set them up for life.

Changelog:
• Improved stability and fixed several crashes and hangs while transitioning between Jobs in GTA Online.
• Fixed an issue where certain players were unable to exit their garages while inside of a personal vehicle.
• Fixed an issue where the game could freeze if you were robbing a store while someone else was attempting to buy snacks there.
• A rare issue has been fixed where some players received a “Purchase Failed” error when attempting to buy apartments.
• Fixed an issue where players would be asked to quit the game while using text chat in Golf and pressing the “E” key.
• GTA Online characters can now be added to your shortlist in the Rockstar Editor.
Fixed several clipping issues that occurred when taking Snapmatic selfies.
• One-on-One Vehicle Deathmatches in Free Roam will now properly spawn all participants in vehicles.
• Fixed a Steam-only issue where you could not alt-tab back into GTAV if you alt-tabbed out while the Steam overlay was active.
• Various fixes to bring improved patch download speeds.
• Improvements to matchmaking so players that have good connections to each other are matched together more frequently.
• Fixed a Steam-only issue where players could not use Mexican Spanish as a subtitle language.
• General stability fixes for director mode and video editor.
• Various crash fixes.