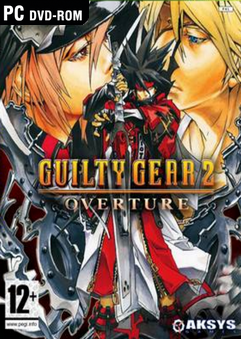 The ultimate melee action “GUILTY GEAR 2 -OVERTURE-” is now on Steam!!
Pushing “Gameplay” and “Entertainment” to the extremes, with a splash of “Competitiveness” — That’s GUILTY GEAR 2 for you.

Two completely different game systems carried out in a fast paced real-time environment.Be the commander of your troops, and also be the frontline hero of your army, battling enemy forces head-on while giving out commands!

A whole new experience with the “Battle X Command”!

Combine your own blend of Action and Strategy and seize victory into your hands!!

Player-controlled “Master” comes equipped with an arsenal of actions available!

Micro-manage your troops and lead them to victory!

The battle environment can change from a full-fledged army war to a sudden-death duel between Masters in the blink of an eye!

*Currently only “Player Match” is available. “Rank Match”, “Rankings” and “Replay Viewer” will be implemented at a later date.