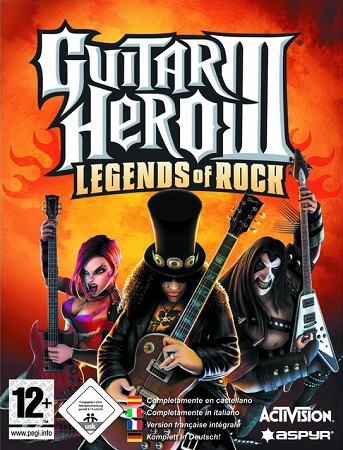 Guitar Hero 3: Legends of Rock retains the same gameplay as the other games in the series. The player uses a special guitar-shaped controller to simulate the playing of rock music by playing in-time to scrolling notes on-screen.Guitar Hero III includes a new cooperative career mode and “Boss Battles” against both in-game characters and other players; the game is also the first in the series to allow for online play for the Xbox 360, PlayStation 3, and Wii versions. The game features over 70 total songs shipped on disk, many of which, in contrast to previous games, are master tracks.