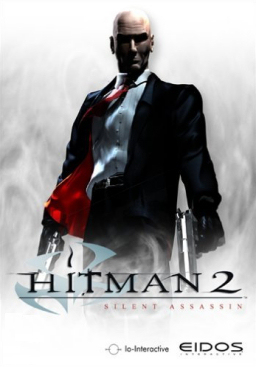 Hitman 2 features mission-based gameplay. On each level, the main character, known only as 47, is given a set of objectives to complete. Most levels require the assassination of one or more people. However, how missions are completed is up to the player, and there are almost always a variety of ways to complete missions. Instead of simply running and gunning through the mission, one can set traps, like poisoning a drink, to terminate the target in silence. Some missions have assassination possibilities unique to the level.

47 can find disguises or remove them from an incapacitated person to blend in with his surroundings and access restricted areas. This plays in with the “suspicion” system; a bar beside the health meter on the HUD represents how much suspicion 47 garners. There are multiple ways to blend in more effectively; for example, the player can make sure to carry an AK-47 assault rifle while disguised as a Russian soldier. Despite the usage of a uniform, being nearer to fellow guards will simply increase the suspicion as they would have an opportunity to more closely examine 47. Also, running, climbing and being in restricted places are other ways to garner concern.