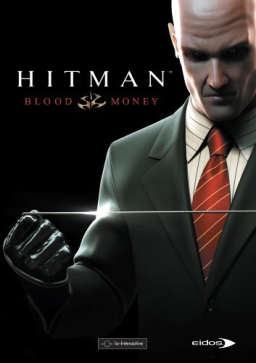 In Hitman: Blood Money, each mission is framed around the killing of one or more individuals, which the main protagonist, Agent 47 must accomplish. Standing between him and success are armed guards, security checkpoints, possible witnesses and other obstacles. The player guides 47 through the game’s levels with the help of a satellite map which can be accessed at any time. The map indicates the layout of each topographical area of the level, the whereabouts of 47 ‘s main targets, and other AI-controlled characters. In order to carry out his mission, 47 may use any method at his disposal to eliminate his targets, regardless of witnesses or violence done to bystanders. Beyond rewarding stealth over bloodshed as is traditional in the series, Blood Money includes features that directly penalize the player for making too much noise and/or being too violent; either toward their targets, bystanders, or both.