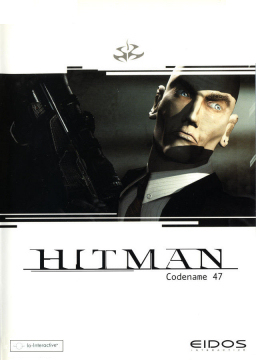 Hitman: Codename 47 takes place from a third-person perspective, but the control setup is similar to a first-person shooter as 47’s movements are restricted to turning, strafing and moving forward. Each level takes place in an open environment which is populated with non-player characters such as civilians and armed guards. Although mission criteria may vary, the goal is generally to find 47’s assigned target and kill them by any means possible. Though the path may appear linear, it is possible through various ways to accomplish the mission and approach a target directly without eliciting a violent reprisal. The game essentially emphasises stealth and silent kills without raising alerts, giving the player a higher financial reward for doing so. Penalties in the form of financial deductments are given, for example if the player kills civilians, but none if guards are slain. As the money is used to purchase weapons and ammo during the course of the game, this pressures the player to utilise stealth, disguise and melee based mechanics for the most cost-effective method to take out targets.