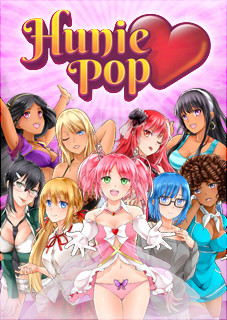 HuniePop is a dating simulator game in 2015 for PC made and published by HuniePot in January 2015. HoniePop tells about the adventures of a player in a university where the majority of his students are women. At the beginning the game, players must to choose the gender beforehand. However, when the process of play, the player can change the gender and also other options such as the level of difficulty as they pleased.

The essence of this game is to find the ideal mate. There are many types of women that will be encountered in the game, ranging from the likes sports, shy, clumsy, adult, child-right, cheerful, lively and much more.

Treatment for winning the hearts of every woman was different. Maybe sentence seduction will effect on Jessie The naughty, but the same seduction will have no effect on Nikki The clumsy. Each woman also has its own interest to food and prizes, players can see the details of every woman who ditemu on HunieBee feature by pressing the right-click or click on the words at the top center of the control panel.

If already intimate with the target, players can invite them to date. There are five stages in a date that must be passed in which the higher level, the challenges that must be passed too difficult. Dating shown with match-3 puzzle game, players must collect a number of points to be successful in dating. And there are limits movement that makes the process of dating so hard to always be successful.