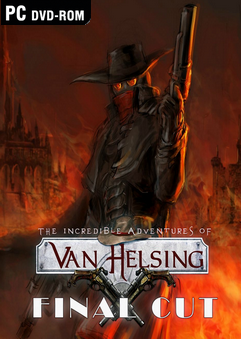 Grab your weapons and embark on an incredible adventure in the gothic-noir world of Borgovia, where mad science threatens the peace between monsters and mortals. Save the day with your charming companion, Lady Katarina (who happens to be a ghost). Explore the wilderness and the grim districts of a metropolis twisted by weird science, and don’t forget: you might never know who the real monsters are! The Incredible Adventures of Van Helsing: Final Cut is the definite collection of three stand-alone episodes told as one continuous story, with six playable classes and a new endgame mode with a huge variety of open missions!