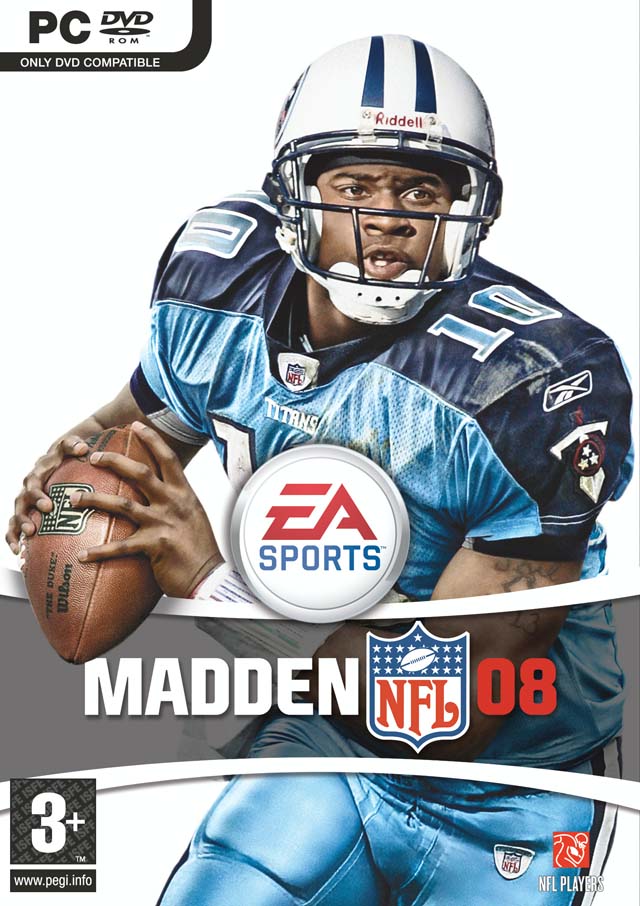 Why just watch NFL football on TV when you can take an active role in the game with Madden NFL 08 by Electronic Arts. Madden NFL 08 lets you control the running game like never before. Step up as the lead blocker to create a hole, then take control of the tailback and smash through, overpower, or slash away from would-be tacklers as you fight for every yard.

Innovative rushing controls give you a game-breaking ground attack featuring all-new jukes, cutbacks, and the distinct running styles of your favorite backs. Between the tackles or in the open field, run to daylight with Madden NFL 08. Scout collegiate prospects with the all-new NFL Draft Scouting System Watch players impact their teams with the new Franchise Player Roles feature Use actual plays from your favorite team’s defensive playbook to shut down the running game, pressure the quarterback, or force key turnovers.

One Response to Madden NFL 08