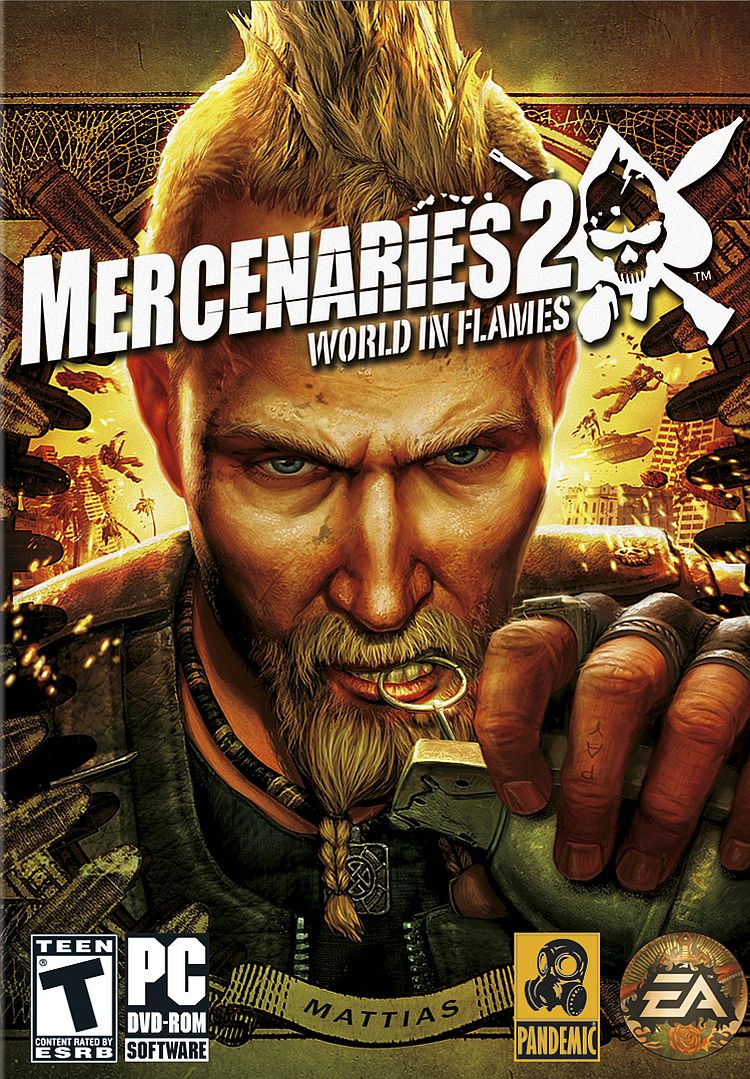 The story of Mercenaries 2 World in Flames begins in a villa. Where a businessman Solano hired the player to rescue an army General who has been captured in a failed coup attempt. The player rescue the General by using weapons with some skills. But once the job is done Solano tried to assassinate the player in order to complete his plans and not to pay the player. But the player attempts to come out of the dire straits and starts planning in order to take revenge from Solano.

General Carmona in his second attempt succeeded in a military coup and select Solano as the civilian leader. Solano tried to take control of the petroleum industry which causes an unrest in the country and furious fighting begins between Venezuelan Army and Mercenaries. conflict desert storm 2 is another third person shooter game that you can download.

The game is much detailed in its story plot. It has been supported with stunning graphics. This captivating game though has a fair share of criticism. The Venezuelan Goverment has expressed their concern over the game. He describe it as an attempt to give the country a bad name. But then again if we take it just as a “GAME” it surely has some features which will captivate you. You can also download call of duty advanced warfare

2. Install (Note: If you wanna change the language into English, go to Configuration -> Components -> Check English)

3 Responses to Mercenaries 2 World in Flames