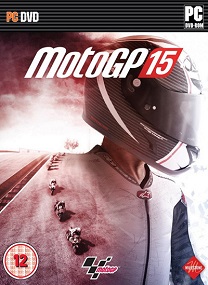 Are you ready for the new challenges of MotoGP™15? Compete against MotoGP™, Moto2™, and Moto3™ riders on the 18 circuits of the 2015 championship in a bid to win the world champion title!

MotoGP™15 is back with a range of new features to guarantee an even more comprehensive and compelling experience. The career mode has been expanded with the introduction of Personal Teams, the AI and physics have been overhauled and optimized with improved interaction between bike and rider, and a new game mode sees you trying to beat the times set by the best riders in each category.

MotoGP™15 allows players to experience first-hand the adrenalin-charged world of the most exciting championship in motorcycling!

Offline Game Modes
Put yourself to the test riding in a variety of different game modes: hit the track straight away with an Instant Race, customize the event and your bike to race in Grand Prix mode, or participate in all 18 Grand Prix by racing in the Championship. Set track records playing Time Attack, and relive the most spectacular moments of the MotoGP™ 2014 championship with Real Events, or take on challenges from the past in the 2-Stroke Events mode.

Online Game Modes
With online play for up to 12 players, you can challenge your friends in Grand Prix and Championship modes. Try the Split Time mode, where only the most consistent rider will have a chance of winning: beat your rivals’ sector split times over as many laps as possible!
You can also climb the international leaderboards to become champion of the MotoGP™ Sprint Season, a series of races where the challenge level increases with each new race.

Roster
The complete official roster of the 2015 Motorcycle World Championship awaits you! The game features all the riders and teams of the MotoGP™, Moto2™, and Moto3™ categories from 2015 and 2014. They are joined by legends from the past, from Wayne Gardner on his NSR 500 to Noriyuki Haga on his YZR500: can you tame these bikes with their two-stroke engines and no electronics?

General Notes:
• Block the game’s exe in your firewall to prevent the game from trying to go online
• If you install games to your systemdrive, it may be necessary to run this game with admin privileges instead