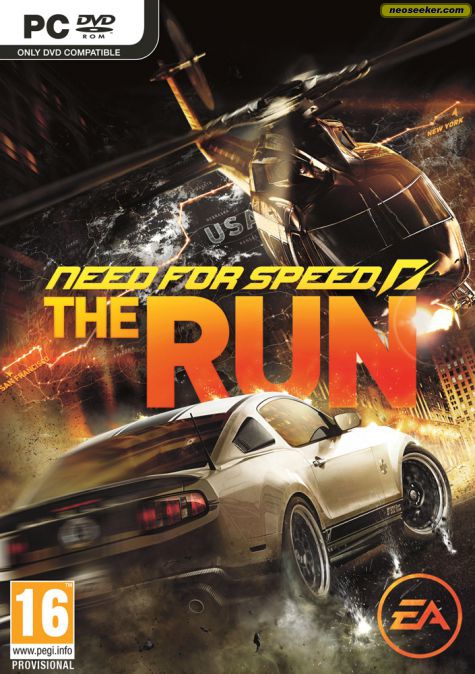 An illegal, high-stakes race from San Francisco to New York. Race across memorable landscapes, master both day and night racing and battle extreme weather conditions. Outsmart the cops and battle a criminal element in what turns out be more than just a race for the prize money. it becomes a race for your life.

The epic race experience continues online with high octane multiplayer racing – remixed and refreshed daily for maximum variety. Create a party with friends, pick a racing playlist and compete for supremacy across every segment of The Run. Race online to level up your racer & earn access to exclusive cars, upgrades and new experiences to master.

Features
• From the Golden Gate to the Empire State — Compete in The Run, an illicit race across the most iconic and treacherous roads from San Francisco to New York. There are no rules and no allies in the cities, deserts, mountains and canyons that stand between you and the finish line.
• You are Jack’s Competitive Edge — Jack is in a race for his life, but he’s got something the competition doesn’t: You. Keep Jack one step ahead of the dangers from his dark past, both inside and outside the car. It’s up to you to get Jack to New York in one piece and ahead of the competition.
• Beat Your Friends — Connect to Autolog. Compare your times against those that matter most. Compete to be the best. Autolog now tracks your entire career – making every second of every race count in the battle to be the fastest to New York.
• Racing Powered by Frostbite 2 — The powerful new Frostbite 2 engine, created by the award-winning DICE studio, advances technical achievements to deliver a gameplay experience with an unprecedented level of visual detail, environmental immersion, and emotional impact.
• Compete in High Octane Multi-Player Racing — The most accessible online racing experience ever offered. With matchmaking technology, join races already in progress instead of waiting in lobbies. Create a party with friends, pick a playlist of your favorite challenges and compete for supremacy across every stage of The Run. By mastering all of the playlists you can level up and earn access to exclusive vehicles, upgrades and abilities.

NOTE: If you have problems when you play the game, dont worry! copy the fix and replace it to game directory

2 Responses to Need For Speed The Run RePack-Black Box