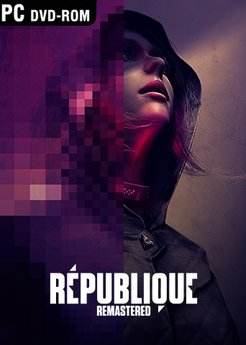 At long last, République: Episode 5: Terminus is finally here! All of us at Camouflaj are anxious to finally release the fifth and final chapter of République. To all of you who waited patiently for the series conclusion, we deeply appreciate your patience and support. The team here at Camouflaj put our hearts and souls into this epic final episode — we hope you agree that it was worth the wait.

Just as we did with previous episodes, Episode 5: Terminus is not just an additional chapter but it comes with thousands of fixes and enhancements. Here’s a breakdown of the major changes we made in addition to adding the fifth episode:

In addition to the upgrades we’ve made, here is some of the new stuff you can expect in Episode 5 (without spoiling too much):

When you’re done with the game, I encourage you to check out our final installment of The Making of République (available now in the Deluxe Edition), and take a look back on the production of this massive, four year endeavor. We’ve prided ourselves on giving you a window into our world by providing open and honest in-game developer commentary tracks, and these video documentaries are an extension of that. You might even see some old footage from back when we were younger, healthier, and less sleepy.

Finally, we want to give a shout out to composer Zinc Lemone for his work on Episode 5’s soundtrack (also included with the Deluxe Edition.) I’ve had some standout favorite tracks in previous episodes, but EP5’s soundtrack in simply incredible from start to finish. (“Loose Change” is the *JAM* y’all.)

Watching Episode 5’s final moments come to life this past year has been bittersweet. It’s hard to believe that we are finally at the finish line after first announcing the game back in 2012. We owe a lot to our initial Kickstarter backers, our publishing friends at GungHo Online Entertainment, and our stellar voiceover cast including Rena Strober, Jennifer Hale, David Hayter, Dwight Schultz, and Khary Payton. It’s not an exaggeration to say that République is the product of thousands of people coming together and making it a reality.

Thank you all, from the bottom of our hearts. It’s been an incredible journey.