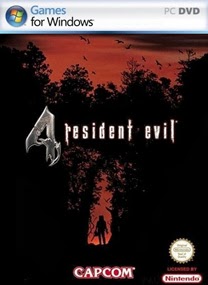 New game from the legendary survival horror series from the company-developer Capcom. The game is amazing changes in gameplay compared to its predecessors. Six years after the events described in Resident Evil 2″, Raccoon City was destroyed by a nuclear warhead of the U.S. government to prevent the spreading contagion of the T-virus. A former police officer Leon S. Kennedy is still working guardian of order – now it is a special agent of the Government and subordinate to the president. His first task seems difficult. He must save the president’s daughter, Ashley, from an unknown sect. Gluing together the pieces of information Leon goes to a small European village, where, apparently, holding Ashley. With more than combat reanimated corpses Leon boldly goes for the girl, not even imagining how it will meet resistance. But who said that there is no likelihood that the events six years ago and today would be something like ..?

This version already includes all the graphical improvements with additions of new textures and effect of light, shades and fog added by patch 1.10, including it has supported mouse and gamepad.