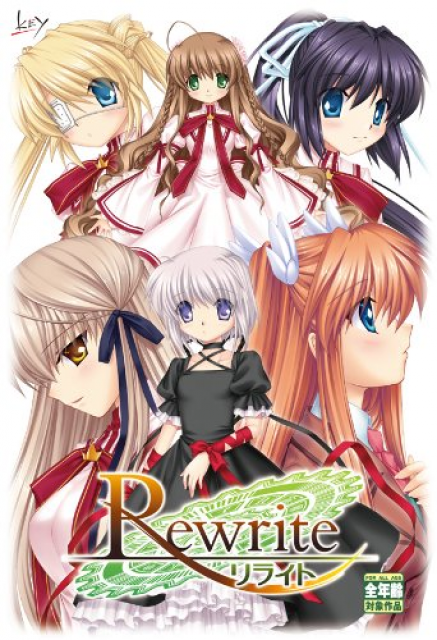 Rewrite is set in the fictional city Kazamatsuri where treeplanting and afforestation have caused the city to become overgrown with trees and flowers in much the same way that other cities are filled by buildings. However, while most of the city appears to be rural, there are many traditional city elements as well. While set in a modern setting, the city also gives off a strange sense of nostalgia. The basis of the story is set in a high school setting. The first half of Rewrite primarily consists of the characters interacting in many everyday, enjoyable scenes. The latter half, however, is more serious, emotional, and carries a sense of mystery to the plot. As indicated by the title, rewriting is the theme of the game’s scenario. The tagline for the game is, “Could it possibly be rewritten, that fate of her’s?”.