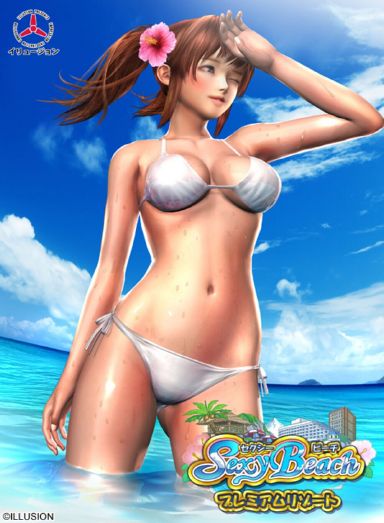 You start on the island, helping Nagisa (pictured) manage the small hotel, using the income to upgrade it and spend money on your character and many heroines from other Illusion games. Player character and custom heroines are fully customizable from the start. Heroines give you different tasks which you must complete in order to win them over and receive (non-)sexual favors in return (such as customization of Illusion heroines). The game also includes simple survival system, fighting with unarmed opponents and several mini-games.