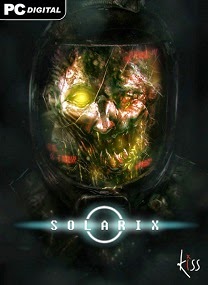 Solarix is a science-fiction stealth-horror game featuring open-ended levels for both combative and stealth-focused playstyles. Solarix combines old-school sci-fi horror with modern style and graphics. The story follows an electrical engineer desperately fighting for his life after an infection wipes out an interstellar research station. He must contain the disease, battling both the remnants of the crew and his own fracturing mind. Our goal is to go beyond jumpscares and cheap thrills. Solarix is about a world that overpowers you with unease, insecurity, and desperation, forcing you to confront your own role in the horrors to come.

• Unique puzzles in that require exploration and information gathering in classic adventure style.