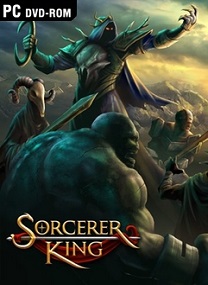 Your reality speaks the truth to arrive at an end in this new dream system amusement from Stardock. You’re in a battle against the always ticking Doomsday counter to spare your reality from the Sorcerer King before he can cast the Spell of Making to turn into a divine being and devastate the world. You’ll investigate the area and experience several missions along the path as you extend your kingdom, learn capable new enchantment spells and pick who will be your companions or opponents. Could you keep going sufficiently long for the last confrontation? Will you stop the Sorcerer King?

• The Sorcerer King – This is not a reasonable battle. Your rival is all the more capable, and his attack against the Shards you must ensure is unending. Face battle, or seem to submit to his will until the time is correct.

• Crafting – Rather than looking into better weapons and protection, players must reveal the formulas and assemble the segments to fabricate all the more effective things through fight and experience.

• Enchanting – Use the extraordinary abilities of your picked sovereign to instill hardware with supernatural properties that redo your strengths’ capacities a long ways past anything you’ve found in a dream methodology amusement to date.

• Unique Skills – Rather than a common exploration way, every sovereign expands their energy in exceptional ways. Building incredible armed forces, wielding the Forge of the Overlord, interceding in strategic fights, and notwithstanding bowing the earth to their will.

• Adventure – Hundreds of individual manually written missions litter the scene, conveying a little cleverness to the end times because of the gifts of Cracked author Chris Bucholz.

• Rivals – Remnant groups stick to life in the Sorcerer King’s reality, yet they can’t would like to oppose only him. Partner with them to pick up their one of a kind champion unit and what help they can give… or wipe them out to assert their property and plunder for yourself.