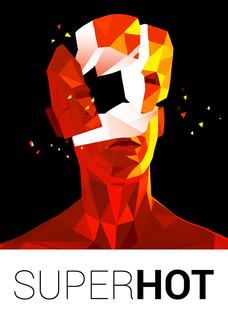 Superhot (stylized as SUPERHOT) is an independently-developed first-person shooter video game, created by SUPERHOT Team as part of the 2013 7 Day FPS Challenge. The game, as developed from the challenge, was originally released as a browser-based game in September 2013; a full release is currently under development. While the game controls like a first-person shooter, with the player attempting to take out enemy targets, time within the game only progresses when the player moves; this creates the opportunity for the player to assess their situation and respond appropriately, making the gameplay similar to strategy-based games.