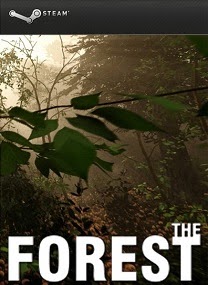 As the lone survivor of a passenger jet crash, you find yourself in a mysterious forest battling to stay alive against a society of cannibalistic mutants. Build, explore, survive in this terrifying first person survival horror simulator.

Enter a living, breathing forest with changing weather patterns, plants that grow and die. Tides that roll in and out with the day/night cycle. Below ground explore a vast network of caves and underground lakes. You will need to chop down trees to build a camp, or start a fire to keep warm. Scavenge food and plant seeds to keep yourself from starving. Build a small shelter or a large ocean side fortress. decorate your home with found items. Lay traps and defenses to keep a safe perimeter. Explore and build during the day. Defend your base at night. Craft weapons and tools. Bunker down during the evening or bring the fight directly to the enemy.

Note: Due to changes with how saving works on some items old saved games will no longer work with this version.