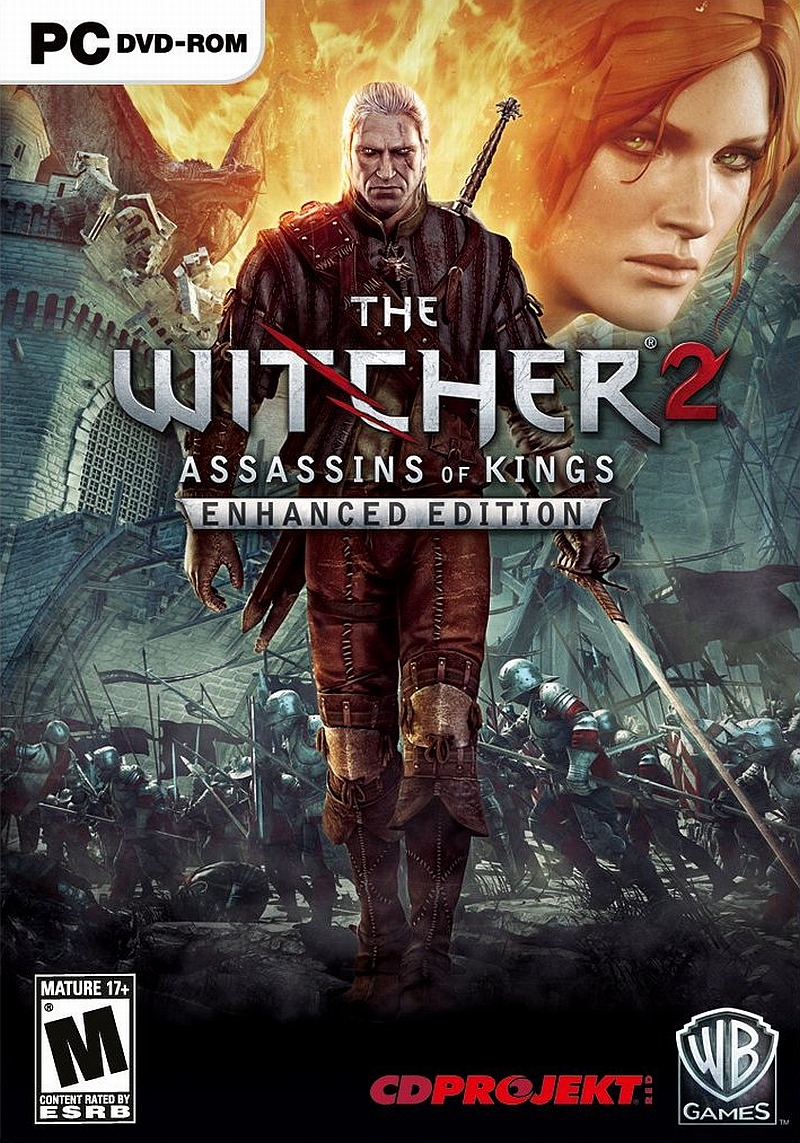 Defining new standards for realistic, non-linear game narration, The Witcher 2 spins a mature, thought provoking tale to produce one of the most complex and unique RPGs ever released on consoles. In addition to its epic story, the game features a complex combat system that uniquely combines dynamic action and tactical depth.

New Game Introduction and cinematics: All new animations and cut scenes, including a new, three and a half minute pre-rendered cinematic depicting the assassination of King Demavend of Aedirn.

BAFTA Award winner and Academy Award nominee Tomasz Baginski brings this key historical event to life, setting the stage for the story told in The Witcher 2.

All of the up-to-date DLC and improvements introduced in the 2.0 version of the PC game, including:

Arena Mode – an arcade mode that allows players to fight against endless waves of enemies and test their combat skills. Players can share their results with their friends by uploading high scores to the forums or to Facebook .

A new, extensive tutorial system – allows gamers to be gradually and smoothly immersed in the game world and Geralt’s adventures.

Dark Mode – a difficulty level designed for hardcore players, with unique dark-themed items. At this difficulty level, even greater emphasis is placed on battle preparation, defensive maneuvers and opportunistic attacking.