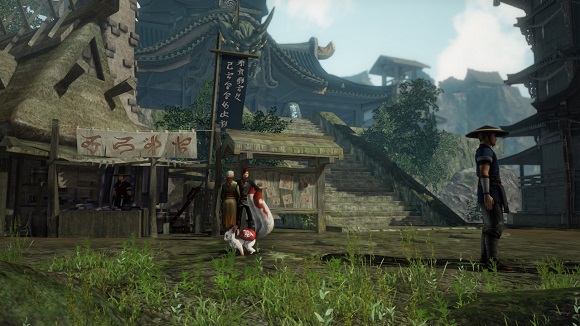 Toukiden: Kiwami is a hunting action game where players take on the role of a Slayer possessing unique abilities, and battle the Oni to save mankind from destruction. To defeat these huge Oni, players band together to sever, pierce, and crush parts of the Oni using the Targeted Destruction System! Multiplayer for up to 4 players is supported.

Sever! Pierce! Crush! -Targeted Destruction System-
Some of the Oni players will encounter are many times the size of a human. Defeating these require more than simply attacking. Players must sever a part from the Oni’s body, pierce it, and then crush it in order to destroy it. The appropriate use of blade or bow, and cooperation between friendly Slayers is the only way to successfully defeat an Oni!

Spirits of Heroes of Japan’s Past (Mitama)
When Oni are beaten, they release captured spirits called Mitama. These Mitama can take residence in weapons and aid the Slayer unlock certain special powers for use against the Oni. There are a wide variety of powers and players can enjoy creating their own original equipment. Also, each of these 300 Mitama from across time come with a special illustration and voice, making them fun to collect.

An Original World painted in Japanese history
The story is set in a world set apart in time and space by the power of the Oni. The player starts as a rookie Slayer in a Slayer village called Utakata and fights the Oni in areas that display characteristics of time periods ranging from ancient days to the early Shogunate.

Friends and Allies
There to show this new rookie around are the veterans Slayers of the Utakata village. These warriors, including Ouka, a swordswoman with no equal in the organization, will guide and train the player as together they battle the Oni and save the human race.