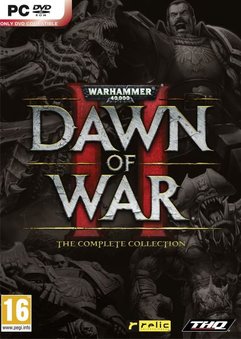 Command any of the six unique factions in the next stand alone expansion of the critically acclaimed Dawn of War real-time strategy franchise. Choose to build a massive army or lead your small squad of elite heroes into battle and experience a single player campaign customized to your faction. Go online and face off against your enemies and experience the fast brutal combat of the 41st millennium.
Key features:

★ Update removes the G4WL from the game and adds some miror fixed and improvements mostly connected with Steam itself. This update will help users who had problems with G4WL in our initial release.

One Response to Warhammer 40.000 Dawn of War II Retribution Complete-PROPHET